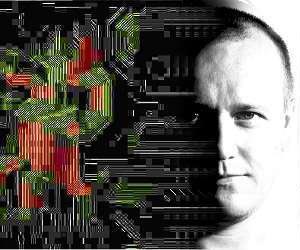 The other night Alanna noted that I seem much more intent on presenting my best work during my computer engineering qualification than I have in others.  This stirred up a whole pile of history for me.

I completed my honours BA in English and philosophy from the University of Guelph in 1995.  I staggered out of my four year program elated, dissolussioned and fairly determined not to wade back into academics again.  I found a subset of professors (the young up and coming type usually) close minded, aggressive and cliquey.  Many of the post grads I met were intellectually cannibalistic, competitive and cruel.  That feeling kept me away from Teacher's College for many years, and still has me firmly refusing to consider a Master's program.  The arbitrary, cliquey nature of academics was alienating.

In university I approached liberal arts liberally, trying one of each subject area in my first year.  One of the reasons I cottoned on to English was that I was good at it.  Being drilled in reading and writing let me resolve a skill; I improved in noticeable ways.  My profs were hard but the skills continuum was pretty clear.

Where I got into muddy water was in philosophy.  The vast majority of my profs were older and tended to approach it in a friendly hands-off manner; I remember those profs fondly.  The younger ones, as mentioned above, seemed intent on discouraging interrogative learning and appeared constantly in a state of dismissive negativity, unless undergrads were fawning idiots.   Philosophy seemed to be about collecting disciples rather than understanding some of the greatest thinking in history.  Being an older student, I tended to be of an age with many of these life long academics, though having come from a school of sweaty warehouses and machine shops.

Ironically, many of the best teachers I had growing up weren't teachers at all, but rather senior mechanics who were willing to take time to help along a young apprentice.  It was a learn fast or get caught on fire kind of environment, but learn I did, and the power structure was never arbitrary.  You either knew what you were doing, or your work spoke for you.  It was never a matter of how much money my parents had spent on tuition or what your academic pedigree was that dictated relationships.

Taking my first tech-qualification this year as a teacher feels like coming home.  I'm going to miss teaching English, but I'm not going to miss the sweatshop approach to English and literacy in high school where every class is at cap and the rooms are filled with students being forced into a mandatory subject.  I love English.  The reading, the writing, Shakespeare...  Watching how it's made into work, overfilled and underfunded is depressing, I won't miss that.


So here I go into the tech classroom where I think I'm going to channel my apprenticeship experiences over my academic experiences.  What we're learning isn't easily politicized, or easily based on classism or culty academia.  Teaching tech includes an element of objective quality, it works or it doesn't, you know how to do it or you don't.  I'm looking forward to that solid ground.
Posted by Timothy King at 9/01/2012 09:34:00 am