This past week I was taking first aid (again).  I've been first aid qualified since I first did it in air cadets thirty three years ago and needed to be current to take my cyber-security team to the national finals in New Brunswick next month.  As we were wrapping up the course our first aid instructor shared a Will Smith video about surrounding yourself with good people:

It's a good piece of advice from a talented fellow who has made a lot of conscious decisions to nurture and grow opportunities across many genres; you'd think this is good advice that would apply to everyone, but for a lot of people building this kind of social network is nearly impossible.

I've been reviewing various situations that have happened to me through an aspie lens.  It does a lot to explain why I've run into the problems I have.  Knowing myself in this way earlier might have helped me understand why I was doing what I was doing and might have led to different outcomes.  Being aware of a diagnosis would also have helped others understand why I'm not acting in a way they consider normal.

Back in air cadets I went for my pilot's license.  I did well at the training, commuting for the better part of three hours every Saturday to get myself down to where we met at the opposite end of Mississauga; commitment wasn't a problem.  I ended up missing a single meeting due to a work conflict and even though I communicated this, the guy in charge took the opportunity to drop me from the application for the summer flying scholarship course, even though I had the highest score in powered flight that year.  I ended up despondent and frustrated by the process, hundreds of hours of volunteer effort disappeared in a moment.

That situation ended up ratcheting up an already awkward relationship with that officer and did much to prevent me from advancing through the ranks.  In an organization I'd spent thousands of hours volunteering for, and one that I thought might lead me into a career, I ended up peripheral and bitter.  As I got older I began taking opportunities to sabotage situations and undermine the command structure.  I didn't do this out of a maliciousness, I did it out of a sense of disenfranchisement.  I was capable, I was dedicated and I was keen but I was dismissed as a kid they neither liked nor trusted because I didn't fit into the hierarchy and act like everyone else.

In school at about the same time I was hanging out with a bunch of kids who started to get into teen-related nonsense, from smoking to drugs and other darker experiments.  Rather than value emotional connections with people over the nonsense, as everyone else did, I simply walked away.  This wasn't easy, and I was lonely, but it wasn't in my nature to prioritize friendships first and follow those guys down the rabbit hole.

That approach to things has always made me socially peripheral even though I played team sports throughout my childhood.  In many cases I played isolated positions like goalie that further limited my ability to interact with team mates, but then that was never the point of playing for me, as it was with pretty much everyone else.  As an adult, I couldn't hang on to hockey because so many adult teams are friendship based and I was never good at prioritizing that aspect of the game.  The mandatory after game beers in any sport seemed like an awkward social moment, but for many of the guys there it was the point of coming out.

In university I managed to alienate a professor I thought was one of the best I'd ever had.  He got us to aggressively question the foundations of what we were doing, but in a case of Aspergers gone too far, I ended up questioning the group think he had generated in the class room and in doing so once again made myself a pariah. I'm a perennially bad joiner.

At work I've run into similar problems.  When I moved out of the city and up to a rural small town school I immediately ran into complications.  Being a big, white guy, you'd think the all white, all Canadian, mono-cultural class I suddenly found myself in would have felt more comfortable than the multi-cultural classes I'd just left, but the opposite was true.  In the previous multi-cultural environment, everyone tended to fall back on a more rational approach to interaction because cultural norms couldn't be assumed, but in a mono-cultural, rural classroom all sorts of really offensive (to only me apparently) norms were accepted.  Students would use terms like, "he jewed me out of five bucks", and drop the 'n' word in class like a  password.  They were doing this to confirm cultural conformity with each other.  It made them feel secure and meant they all believed similar things, it drove me around the bend. 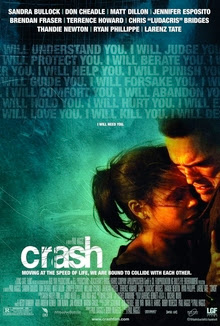 I ended up showing this senior English class the Canadian-written academy award winning film Crash, as a way to make them question their overt racism and discriminatory thinking.  It's a challenging film, but then that was kind of the point.  It put an end to kids talking like that in my class, but it also got me removed from the school.

Once again, I'd failed to adopt social norms and conform to group-think and instead went after a moral absolute.  People really don't like that.  What people like is when you reinforce their prejudices and act like they expect you to.  In this case, one of the students in the class was the daughter of a local church leader and he decided this would be an excellent excuse for a good old fashioned witch-hunt.  I got moved out of there by the school board before things got sillier.  I'm sure nothing has changed up there and everyone is still more than happy being racist red necks - and this is precisely my problem.

When our teacher's union lost the plot I couldn't help but make a stand based on principle rather than supporting the people in the organization no matter what.  I'm a staunch believer in unionism - left to their own devices, the rich would happily disenfranchise everyone and return us to the middle ages.  An argument could be made that I should have supported the union at all costs considering this ever-present threat to the middle class, but I don't think that way.  When the union broke its own rules around fair voting practices and forced an illegal contract on our members, I fought it tooth and nail.  No one had to strike and members got a contract (albeit an illegal one that has since cost tax payers millions), shouldn't I have encouraged that?  I could have complied and ingratiated myself to the powers that be and found myself rising up the hierarchy, but not doing that is precisely my problem.  Rising up hierarchies depends on conformity of thought and valuing relationships before principles.  This is the single reason why I don't pursue leadership positions.

Back to Will Smith's advice.  I've always found it hard to make friends, let alone find supporters who will stoke my fire, though I've never lacked for flames.  I'm driven and capable, but I find it impossible to put social expectation above rational and moral consideration.  An inability to do that means I never develop the deep levels of trust that other people lean on in their careers.

Yesterday at PD we were looking at White Ribbon scenarios but they all seemed absurd to me.  Cases where teen age boys agree to isolate drunk girls to take advantage of them?  Evidently it's a thing now in Toronto where groups of high school boys are convincing girls to perform sex acts for money.  If that's what neuro-typical, socially focused people end up doing with those tight networks they develop, then I'm glad it's beyond me, but then so is Will's empowering social network.

Of course, there are precedents for aspies building great success, but in a lot of cases they don't do it with a supportive social network, they do it through sheer malicious will.  I tend to fixate on creative and technical challenges, people domination isn't in my wheelhouse.  Most business-successful aspies are fixated on that kind of dominance.

Finding collaborators with complimentary skills sets is a way around this impasse.  The problem for an aspie is that the people who tend to be very good at social discourse find our lack of it trying and don't associate with us.  In many cases, those are precisely the people who have attacked me socially.  It has been the rare socially skilled person who has been able to see past my lack of tact and recognize what lies beneath.  Finding a leader who stokes my fire rather than pouring water on my inabilities is a rarity.  I long to find people worthy of being loyal to, but they are vanishingly rare.  When I do find people like that I'm the staunchest ally imaginable, as long as we're fighting the good fight.

Looking for people to fan your flames is a difficult proposition at the best of times.  Without the deep at-all-costs social ties most people leverage, the aspie is left depending entirely on their technical skills to get anywhere.  Most people factor in trust when making hiring and promotional decisions.  That trust is usually based on their sense of how loyal a person is to them.  In almost any management decision this emotional bias means the aspie loses out to nepotism - something that has happened throughout my life:  don't expect fair or skills based promotion, expect nepotism.  In a world where who you know always takes you further than what you know, this is perhaps the single largest disadvantage this aspie has faced.

NOTES:
Asperger's inside the ASD spectrum: high functioning autism without specific titles.
A survival guide for people with Aspbergers
ASD and aging: peaks and valleys of youth and old age
Zuckerberg: coping with Aspbergers
ASD as flavour:  this kind of thinking gives me hope that my son won't suffer the same prejudices that I have - perhaps he'll even be given a chance to take Will's advice and build that empowering social network.
A great piece of ASD media:  Roman J. Isreal Esq... 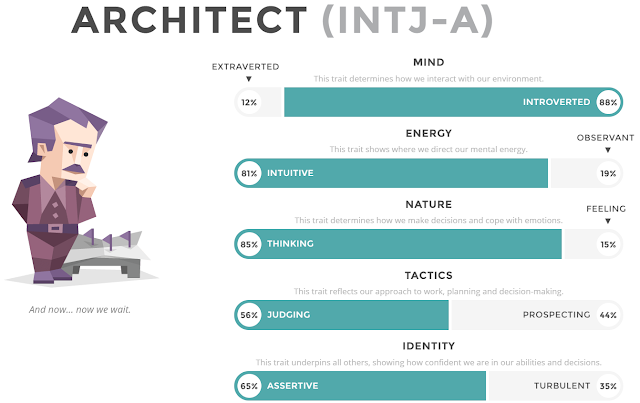