The Changing Face of Digital Fluency

Last week during a staff meeting one of our administrators said, 'the kids are so far ahead of us" (technically).  The subtext was because they are on their phones all day they are more digitally literate than we old people (anyone over twenty).  As someone who teaches digital skills and who knows first hand how ignorant our digital natives are, I verbally disagreed quite vociferously.  A week later the digital ignorance we choose to ignore was highlighted once again.

I got a call from a business computer lab saying Photoshop wasn't opening student .jpg files.  Jpegs are a common picture file format and photoshop is more than capable of opening them.  This wasn't a technical failure, it was the much more common human kind.  I asked a student to show me how they saved their file as a jpeg.  They selected save and then typed in .jpg at the end of the file and saved.  Photoshop defaults to save in the .psd file format that is lossless and keeps layering data.  It makes for a bigger file, but you keep all your image data.  Jpeg is popular because it compresses files quite drastically with an equivalent loss to quality, the result is a much smaller and simpler file that works well online.

PSDs and JPGs are nothing like the same file.  Windows only looks to the file extension (the .jpg part of picture.jpg) to see how to open it.  If you call a file a jpeg that isn't a jpeg, you've caused the error.  This is exactly what these digital natives had done.  All they had to do was 'save as' and select jpeg for this to work, but they don't know what they don't know.


This situation points to a larger shift that has become more apparent in recent years.  Many of our students now have little or no experience with local file management.  The first Chromebooks came out in 2011 when our current high school students were in grade 4.  Many of them haven't lived in anything other than the cloud.  When they save files they don't know where they go because they aren't familiar with the basic organizational structure of a computer.  File naming so you don't get confused, saving as a file type so your PC knows how to open it, directory structures so you know where to look for files?  These kids who 'are so far ahead of us' are moving further away from that every day.


Local files aren't something 2017 students generally deal with.  If you ask most high school students how many mp3s that they have they'll look at you like you're crazy, they don't do local music any more.  Ask them how they organize their photographs and you'll get the same look of confusion and condescension.  Our Board network is currently broken under the weight of all these cloud based students constantly streaming media content from the internet all the time every day.  When they can't find access to the cloud they are more than willing to have their data phished and break board policy by using VPNs (see below) to bypass board restrictions, further clogging up an already overused network.  Those 'free' VPNs are closely watching a directed stream of personal data; there's money in that.

It's frustrating enough when a student says they can't find you a document they swear they made and then shows you a google docs directory full of something called 'untitled document', but the new normal is to expect students to have no idea how or where a computer saves a file.  Network dependency and having someone else manage your data is the new normal.


I've said it before and I'll say it again, we have to build a digital fluency stream into Ontario's curriculum.  We expect students to magically know how to operate technology because they immerse themselves in simplistic, habitual usage for hours a day.  That limited experience does not improve digital fluency.  If we're going to expect students to know how to save files, manage their own data and protect themselves from an internet increasingly designed to take advantage of their ignorance, we need to make digital fluency something other than an afterthought, or worse, off load it on ageist stereotypes of technical prowess.


Virtual Private Network:  they were made so that people away from a corporate network could create a tunnel across the internet to the local network and work as though they were in the building.  Any data in that tunnel is very difficult to see.  That's what makes it handy for avoiding blocks - the board network can't easily read what's happening in that encrypted tunnel.  Needless to say, this also produces a lot of lag and network traffic as everything you access over the network is waiting on VPN relays and contains the data needed to access that VPN as well. 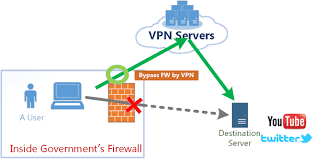 VPNs have turned into fake network addresses with companies offering a remote connection for a price (so you can pretend you're American and get better Netflix).  If it's free, I imagine they are mining your data in the best case or phishing for passwords and financial information in the worst case - I'm willing to bet none of our students pay for their VPN usage so they're all playing a dangerous game with hackers.  Using a VPN means you're passing all of your data through an unknown server (unless you set one up yourself - which I'm willing to bet none of our students know how to do).

Since all your traffic is coming from the VPN server address (and these change all the time), blocks to sites like YouTube don't work because it doesn't look like you're going to YouTube.  I wonder what the incidents of corrupted credit cards are with our free-VPN using student phones.  I'm willing to bet the vast majority of our VPN using students don't know what VPN stands for or what it is - it's just an app someone told them to download that means Snapchat in class.
Posted by Timothy King at 5/14/2017 09:42:00 am