I've often been at odds with how new media makes its billions.  People self-identify with new media like nothing else because it is such an intimate part of their lives.  The hardware is always at hand and the software makes personal demands on our information and our time that would have felt foreign and invasive twenty years ago, but like a frog being slowly brought to a boil, we haven't noticed how it's killing us.

We suddenly feel time compressed like never before because we have become a commodity in an always on attention culture.  The tech giants feeding from this frenzy that they have created present themselves as saviours of the people, democratizing media and making the world a better place:

If you ever want a brilliant parody of the bizarre nature
of our digital revolution, you really need to watch Silicon Valley 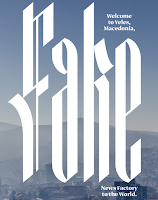 Yet there is a change in how we are relating to the strange new mediascape we find ourselves in.  Facts are no longer facts and the tech companies enabling this, up until recently, were willfully unaware of how damaging that can be, though more than happy to make advertising revenue from it.

The hand wringing helplessness felt over this epidemic of fake news always struck me as odd, like an alcoholic wondering why everything is going to shit when the answer if obvious (it's the alcohol).  Yet the vendors of our hangover kept it paying off until the damage was done.

This was brought into sharp focus for me after reading this article by WIRED.  It tells the story of disenfranchised teens in a former Soviet Bloc state who found a way to make silly money by aggregating fake news.  Google, Facebook and others were only too happy to make a mint from this process in advertising revenue.

By leveraging the information collection platforms (aka 'social' media) they have created to produce targeted ads, these new media advertisers found an avenue for stale marketing budgets.  Companies flooded in to Google, Facebook and the rest, desperate to tap a younger demographic unreachable through traditional media.  But social media companies offered something more than just the vaunted Millennial crowd, they also offered targeted advertising. 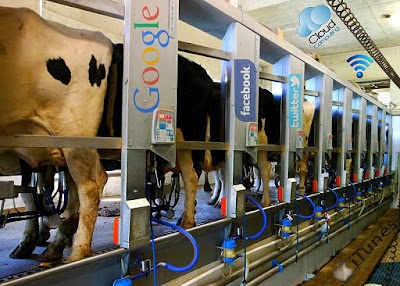 You don't get Gmail, or Facebook Messenger or any of these other complex, expensive services for free.  You get them because they are constantly mining your data and using that information to target ads.  Social media companies ARE advertising companies.  How powerful is this technology?  Last year Facebook made six billion dollars more than the largest advertising agency in the world.  Google made tens of billions more.

Tech companies present themselves with noble ideas like organizing the world's information or giving people the power to share and make the world more open and connected, but they aren't non-profits, quite the opposite actually.  While they might engineer their technology to organize and share, the way they pay for their private jets is to monetize those noble ideas while avoiding paying taxes as aggressively as they are legally able.

Google, Facebook and social media itself is now the largest advertising system on the planet.
That some shifty Macedonian teens made a bit on the side is really an afterthought.  What should strike you as most illuminating is that the multi-nationals driving social media were more than happy to make millions from obviously false and plagiarized information that was dressed up as news.  If you think this didn't have any effect, look to the damage done to one of the oldest democracies on the planet.


By aggregating bonkers right wing fiction into easily consumable content (usually by stealing it outright and dressing it up as news), those kids made years of salary in a month, but what are pennies on the dollar compared to the profit social media advertisers pocketed?  Google and others were not only making a fortune off the fake news epidemic, they themselves were the cause of it, using their customer data collection systems to feed lies back to the people who most wanted to read them.

It wasn't until the flaming mess of the US election that anyone stopped to consider what the ramifications of this approach were.  These tech companies love to claim the moral high ground, but their highest ideals take a back seat to greed.  Perhaps Google needs to try a bit harder with it's motto of 'don't be evil'.


I've struggled with how these companies have insinuated themselves into education, branding teachers and even information itself with their logo.  Looking over nearly seven years of Dusty World I can see myself slipping from a technology evangelist into an increasingly uncomfortable relationship with these companies.  As they've become richer and more influential, their ability to make decisions based on the public's best interests seems to have steadily deteriorated.  Nowhere is this more apparent than this latest social hack: design a system that feeds lies to the people who most want to believe them, and then make a profit from it.  They're making it mighty difficult to like them, let alone admire them.

Meanwhile Britain Brexits and the US government can best be described as a maelstrom.  At least some poor kids in Macedonia made a bit of money in a world were it's usually the super rich who make something from nothing.  Maybe social media systems are blameless in all of this. After all, they only give us what we want.  If we're too stupid to educate ourselves, perhaps it's what we deserve.  Is it still propaganda if we're doing it to ourselves?

NPR tracks down a fake news maker in LA.
"The people wanted to hear this," he says. "So all it took was to write that story. Everything about it was fictional: the town, the people, the sheriff, the FBI guy. And then ... our social media guys kind of go out and do a little dropping it throughout Trump groups and Trump forums and boy it spread like wildfire."

"...Coler insists this is not about money. It's about showing how easily fake news spreads. And fake news spread wide and far before the election. When I pointed out to Coler that the money gave him a lot of incentive to keep doing it regardless of the impact, he admitted that was "correct." 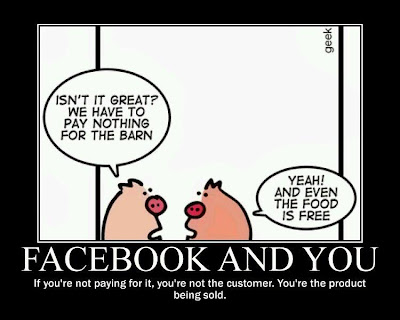