I'm up early chasing through UK documents on their worrying lack of digital skills.  A typical UK worker falls behind many other country's workers in basic IT skills, and I suspect the same is true of many Western countries.  When the digital economy is one of the few bright spots, Western students seem to be turning away from it (unless it's video game design, everyone wants to be a video game designer - as long as it means playing video games and not actually learning how to code).

One of the prime movers in this shift away from viable employment follows an idea on bad advice I saw from a tech teacher at our school:

"Just because you're passionate about something doesn't mean you won't suck at it."

As a general rule, parents and students are guided in school to do what makes them happy.  We fill up courses playing hockey, taking photos and give out credits for things kids are doing at home anyway.  It makes for shiny, happy, low stressed students and a great graduation rate, but none of it is really preparing students for the workplace.

We are frequently updated with the number of students from our school who have been accepted to university (only university, the rest don't matter).  We never see any stats on how many of them finish the degrees they were accepted for.  I suspect that stat isn't very flattering.  An even less flattering stat would be an income check at the age of thirty.  I wonder what the employment prospects for those university bound students are.  What is their quality of life trying to pay off debts larger than they've ever been in history?  Yet that's where all our 'good' students are directed.

I dropped out of high school and became a millwright because I had smart hands and the apprenticeship fell into my lap.  When I didn't feel like that was intellectually stressful enough I tackled university and then chased the opportunities that arose from it.  I didn't become a teacher because it was some kind of magical calling, I became a teacher because I was chasing opportunities.

Much of the advice students get in school are from life-long academics.  People who went to school, attended university, and then immediately became employed for life at school again (sometimes the same school they graduated from!)  These people with their carefully proscribed lives don't experience the world the way the rest of us do.  When I see them telling students to 'do what makes you happy' and 'follow your dreams!', I cringe. 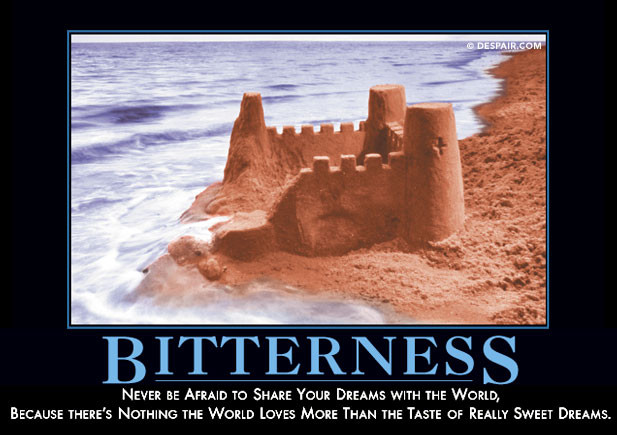 My son has recently been wondering about getting a job so he can manage his own money, he's eleven.  I told him, 'do you know why they call it work?'  He looked at me for a moment and then said, 'because it isn't for fun?'  Out of the mouths of babes.  I only wish school guidance would realize that basic truth.

You can derive a great deal of satisfaction out of your work without it being some kind of romantic calling.  Few people live the lives of celebrities, playing a game or making art and wallowing in the money derived from it.  Insinuating that kids could be that person is dishonest at worst and deceiving at best, but how would you know if you've never had to struggle for work?  We can all find satisfying and challenging work if we push ourselves and chase opportunity.  Train yourself to better chase opportunity and you'll find your circumstances will continue to change and improve.  One day you might find yourself in a well paid, challenging profession that you'd never have predicted for yourself.