Four years ago I decided to show what we know in the information technology focused computer engineering course I teach at Centre Wellington DHS.  The Skills Canada I.T. and Networking Administration contest seemed custom tailored to do that for us.  That first year we took two competitors down to Guelph and finished second and third to an urban(e) high school in the regional competition.  We took what we learned from that first round and applied again the next year, this time winning our way through to the provincial competition for the first time.  Had we not known the competition by failing at it the first time, we never would never have been able to re-orientate ourselves and get out of the regional battle.

That first student we sent to provincials was a polymath, gifted at pretty much everything, but once again we were unprepared and we ended up finishing fourth overall.  Like mechanics and other stochastic skills, I.T. is experiential.  You can be the sharpest person in the room, but the more experienced technician will usually figure it out first because the problems aren't always obvious and linear; instinct based on experience plays a surprisingly large part in analyzing problems.  Still, fifth in the province wasn't bad for our second go at it.   Our competitor came back and debriefed on the provincial competition just as our previous students had with the regional competition.

Our third go at it had two competitors having to face off challengers regionally.  They finished 1-2 and we were off to provincials again.  Our second run at the big competition showed just how much the scope of the competition could change year to year.  We once again finished in the top ten, but didn't medal.  As before, our competitor came back and did a thorough debrief, helping the next candidate (the one who'd finished second regionally) get ready in more detail than ever before.  The old adage goes: I was able to reach so high because I stood on the backs of giants.  In our case this is completely true.  Had those previous students not leapt into the breach and shown us the way, we would never have seen the steady improvement that we did. 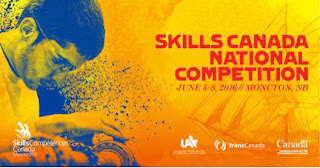 We just got back from provincial competition once again.  We gold medalled in I.T. and then finished top three in all technology competitions combined - meaning we didn't just beat other competitors, we also got a near perfect score in the process.  The first thing Zach, our gold medalist, did when he found out he won was shout out to the people who came before him, thanking them for the doing all that dangerous reconnaissance blind.

We're off to Moncton next month to compete in Skills Canada at the national level.  Ontario's is the biggest provincial skills program with the toughest competition, and we scored highly, but it's our first time nationally.  I didn't consider changing our approach.  Our goal is to go there and learn.  Zach has benefited from the failures of previous students, and now it's his turn to go first and pave the way.

At first glance it might look like those previous students failed, but they didn't, they were part of something bigger than themselves that has succeeded.  I know some people look at competitions like Skills Canada and wring their hands over how harsh it is on tender adolescent egos, but our failures made us better and our approach meant we were resilient in the face of those failures.  Even when we were sending different individuals year on year there was a team feeling as new competitors read over the notes, advice and encouragement of now long graduated students (all of whom are enjoying post-secondary computer focused success).  In many cases current competitors connected with grads through social media in order to further develop this mentorship.

The education system has focused relentlessly on student success.  A big part of that push is to mitigate failure wherever possible.  When failure is removed from learning you can't develop nonlinear, experiential skill-sets or take risks on new challenges because those things in particular demand failure in order to learn.  You also can't learn to fail forward or consider your learning to be a part of something larger than yourself.  No fail learning is remarkably selfish on a number of levels, damaging not only a student's ability to learn stochastic skills, but also weakening their resiliency, resolve and humility before a task.

The concept of no-fail learning is very academic in origin, no real-world learning process would consider such an approach viable.  It's unfortunately ironic that one of my best teaching experiences and a unique learning opportunity for many students has to happen outside of the classroom, where the many benefits of failure are still allowed to happen.

A couple of years ago I realized were were on a multi-year trajectory, so I started putting up posters in the classroom for each competitor so that new students would realize they are part of a dynasty! 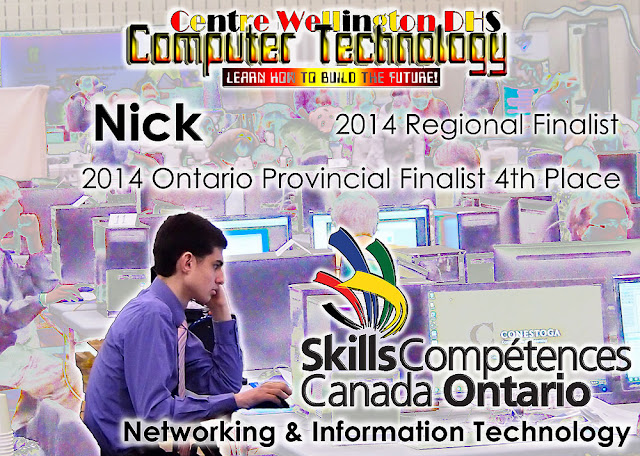 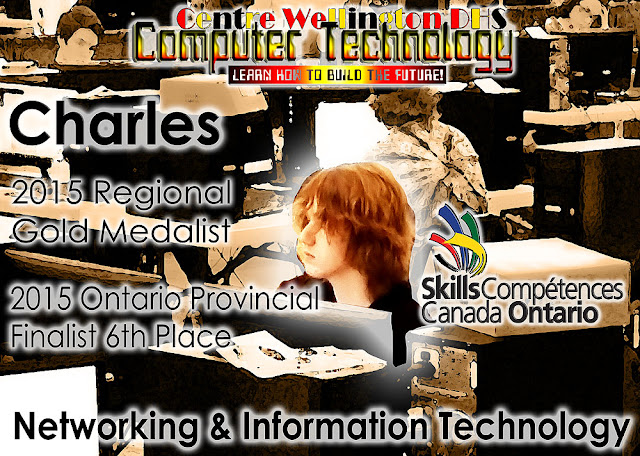