Some people make leadership their life's work, but I'm not one of them.  I find managing other people tiresome and tedious.  The only time I pursue leadership is if I feel it's the only way to get things done.  Getting things done is what I'm all about and with a few exceptions I prefer to do it without management hierarchy.  I greatly enjoy collaborating and find few things more satisfying than a team working well together, but those teams are best when populated with experts pursuing their expertise, not when dictated to by a hands-off management expert.

I just completed a two year term as co-head of technology at my school.  The only thing worse than leading is having to go to committee every time a decision has to be made, which is what the co-head structure was designed to do.  Rather than get tangled up in that nonsense I focused on the things my co-head wasn't conversant in, like communication and encouraging department improving extracurriculars.  At no point was I embroiled in co-head who's-the-boss arguments (as others were) or telling anyone what to do, though this approached baffled many of the other people on the leadership team.  My co-head took care of safety and hard-tech shop requirements, I did the other things.  We collaborated on things like sectioning, though even here there was sometimes friction.  I wouldn't recommend co-headships.  At their best they are a compromise. 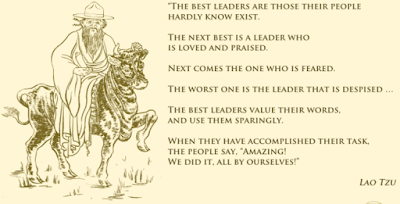 At the end of my tenure our department had re-established itself as one of the leaders in the board in Skills Canada participation, re-connected with board funding for technology and had become used to actually knowing what happens in leadership team meetings thanks to my detailed, live and often colourful note taking.  I think I left the department in a more aware and positively engaged extracurricular place than I found it.

I've been a drill sergeant, I know how to bark orders and expect them to be obeyed.  It is only in very hierarchical situations that a dominating leader can operate effectively.  The punishments have to be immediate and the focus razor sharp.  Everybody involved is usually willing to do this because you're training for a life and death situation so you need to have your shit together.  I enjoyed operating in an environment like that because expectations were clear and the efficiencies were obvious, but leadership in education is anything but clear on objectives and expectations (it's managed by politicians).

It is such a relief to put that headship down.  The lack of focus or clarity of purpose makes for a very murky operating environment.  Everyone's opinion is carefully listened to and then decisions happen seemingly of their own accord.  Having to listen to people who think everyone should do what they tell them for hours at a time in Head's meetings is one of my least favourite things to do.  Trying to find quorum in a crowded room of conflicting self interests led to never ending discussions that never produced conclusions.  A room where less was said for longer amounts of time I don't think I've ever sat in. 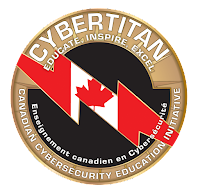 Now that I'm free from the yoke of leadership I'm doing what I do best and doubling down my energy on research and development.  I voluntarily took on too many sections of teaching again just to give my students opportunities to explore the technology they want to make their life's work.  We're taking a run at cyber-security competition for the first time with ICTC's Cyber Titan program.  We've already put together a powerful roster of Skills Ontario competitors, and I'm pursuing half a dozen emerging technology initiatives.  My seniors are building VR ready computers for schools across the board and we're developing ipad based software for DD students to better understand emotional expression.  We've repaired dozens of Chromebooks and other school hardware, installed software and enabled technology across the school.  We're also in the process of working out how to create immersive 360° video as an introduction to the school so that students can become familiar with the layout before they arrive.  All that's happening while I'm teaching five sections in three classes.

It's my kind of work; it's wide ranging, there are no right answers, there are no instructions because no one really knows how to do a lot of it, and it demands a real sense of discovery.  Isn't this just another form of leadership you ask?  I'm certainly managing a lot of activity, but I'm back to my flat hierarchy where I work to develop expertise in my students so that they can self-govern their work (an expert is defined by how they design their work space in order to display their expertise).  I don't want a production line, or even submission to hierarchy, I want experts I can collaborate with in pursuing solutions to challenging, non-linear, real-world engineering problems.  That might be the worst definition of leadership ever devised, but it's what I value, and it's the opposite of exhausting.
Posted by Timothy King at 12:26 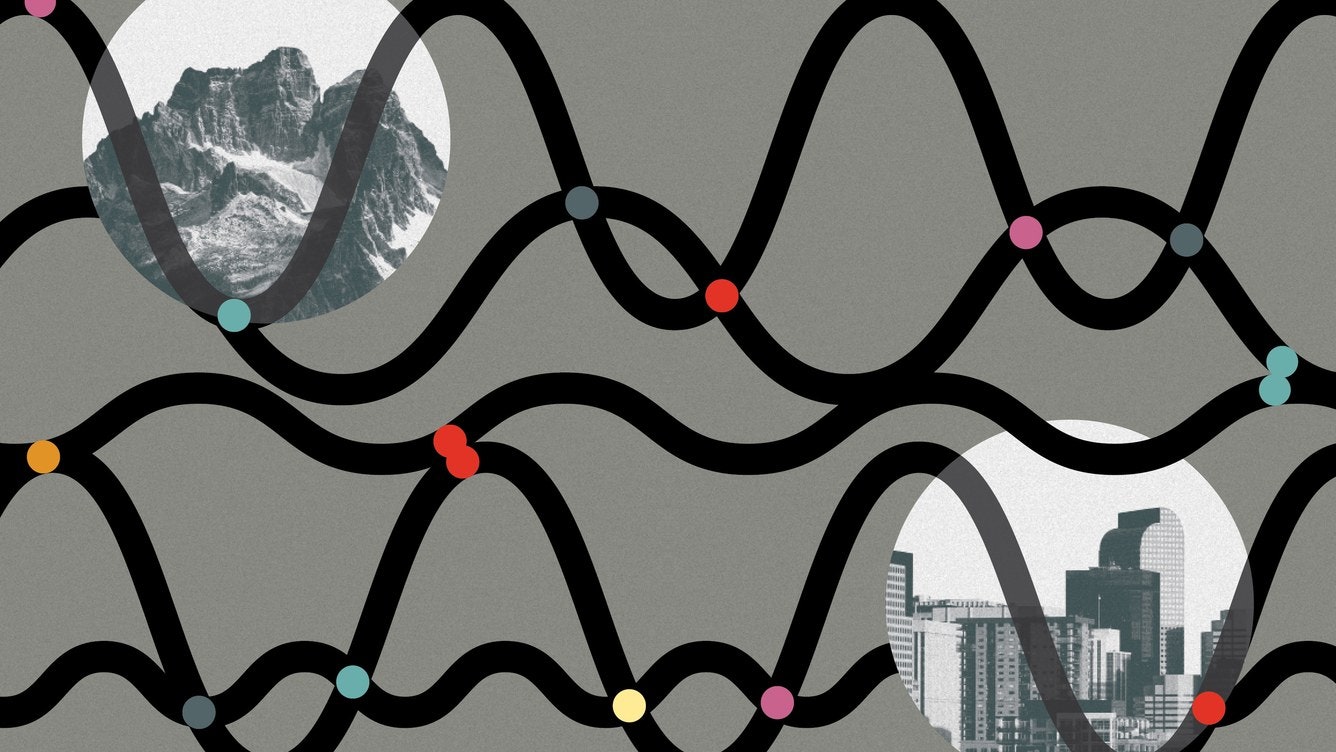 This is a WIRED story about tech software startups in the Denver area.  In it a man who has an idea about buying insurance online has become a 'TECH CEO' even though he has no idea of what it is he is actually building.  With no background in technology hardware or software development, this guy is trying to launch a tech-startup with an idea and little else.

The quotes below are from the article.  The bolding is mine...

ROSS DIEDRICH HAD gone pale and raw-boned. The CEO of a year-old startup in Denver, he’d stay at his office until the middle of the night, go home and sleep for about five hours, then chug a spinach smoothie and start again. He was just 27 years old, but he felt wrung out.

He still didn’t have even a basic version of the software that he could demo—an “MVP” in coder parlance, for minimum viable product. Chris was still holding down his full-time job; he didn’t want to quit until Covered had some funding in hand. The lead development engineer that Ross had brought on, a big, quiet nerd named Jonathan Baughn, was juggling a bunch of projects and wasn’t as available as Ross had expected. But Ross didn’t want to put too much pressure on Baughn. As a contractor, he was within his rights to work for others. A junior software engineer Baughn had brought to the project, Reyna DeLogé, tried to manage on her own, but they kept blowing past their self-imposed deadlines.

He navigated to the demo site, typed in his password, and tapped on the mousepad. Then he tapped again. Nothing happened. The demo was broken. “What the heck is going on here?” he murmured.

I'd feel wrung out too if I was building something that I had no idea of how it works and kept blowing through deadlines.  Demoing it and having it fail to launch and then having no idea why would be exhausting.

The film Steve Jobs does a good job of examining the contradiction of a manager who has no engineering skill:

Your ideal manager must have some technical background if they are to work with skilled labour.  In the clip above Woz tells Jobs that he can't do anything, which isn't really true; they met and bonded over their shared knowledge of electronics.  Jobs may not have been able to engineer the devices he helped create, but he was very aware of the technology and how it worked.  With that knowledge he was able to gather experts because he could appreciate their expertise. 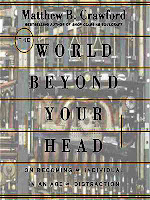 A manager who is only an expert in management is best when not managing people who perform skilled work, whether that be engineering or teaching or any other complex, skills based process.  Matt Crawford does a great job of examining this in The World Beyond Your Head.  In the book Crawford distinguishes between the skilled labourer who modifies or 'jigs' their environment to better perform their profession and the unskilled script follower who does what they're told in a prefabricated production line.  Being free to manipulate the physical environment in order to perform your expertise is a foundation stone of professionalism in Crawford's mind.  A lot of the downward pressure you see on worker valuation in education and employment in general is because of the Taylorism of workplaces into script following routines.  Making the end goal of education a result in a standardized test plays to this thinking perfectly.  In those prefabricated and abstracted workplaces skill isn't a requirement, obedience is. 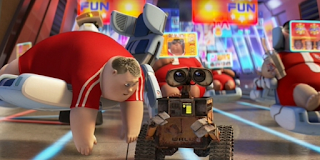 An effective manager of skilled labour acknowledges and cultivates expertise in their people.  You can't do that without having some kind of handle on that skillset.  Being oblivious to how reality works and managing complex, skilled labourers who work in that demanding environment like they are a production line is the single greatest point of failure in management, unless your goal is to chase out skilled labour and turn your organization into a mechanical process where the people in it are little more that scripted robots.  There are financial arguments for that, but they aren't very humane.  We might not perform as many repetitive job tasks in the future, but if we remove human expertise from the workplace it will damage us as a species, and any financial gain from it would be short lived.

Shopclass as Soulcraft: IT Idiocy, Management Speak & Skills Abstraction
Taylorism in Edtech
Implications of a Situated Intelligence in Education
A Thin and Fragile Pretense
How We've Situated Ourselves

Timothy King
An art student who became a millwright and then a computer technician before going back to school for English & philosophy degrees. Now a computer technology teacher, digital creative and avid motorbike rider. Interested in digital technologies and emerging media. Neuro-atypical thinker on the edge of the ASD spectrum. My students win lots of competitions.